On my first day at work, my CEO at CallApp gave me a compelling challenge when he turned to me and said, “We need to increase the numbers of users downloading our app on day seven (an acceptable measuring metric), as quickly as we can.” The first thing I did was analyze the numbers in order to figure out where I should put my efforts in order to maximize the results and show improvement.

After crunching the numbers, I decided that the best place to start was in trying to improve our conversion rate in Google Play Store. I will try to give you an idea of why I chose this route and what store conversion is all about.

There are several options for downloading the app but the most common are through Google Play Store (for android users). In the Play Store, a user can search for an app by either using the app name itself or by using keywords. The search will result in a list of matching apps (if keyword search is used) or the app itself will be listed. Then the user has to decide whether they are willing to install the app and try it out. The goal is to convert the search into a download, getting the user to install the app on his device (also called ASO). Logic follows that improving this process will increase our downloads.

Google provides different testing tools for this purpose on the Google Developers Console. Looking at the options, I had to decide what to use in order to increase our install numbers.  The options I looked at included:

It is important to note that the above options don’t require the same resources and they each have their own time frames that need to be taken into consideration. For example, “onboarding” or “new features” requires significant development efforts (and app release), which, in comparison, can take more time since there are also different tests that need to be undertaken. So the decision I had to make was between a long cycle or fast store listing tests, which just needs a good designer and open minded product manager.

The current situation is: 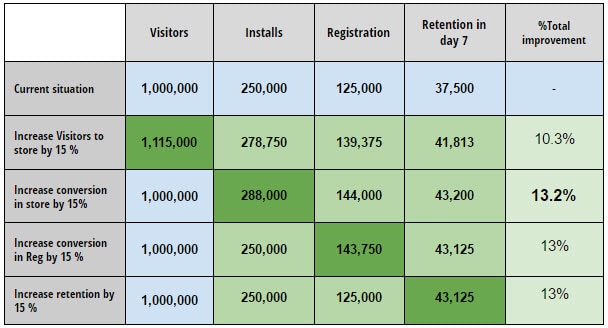 To summarize this part – 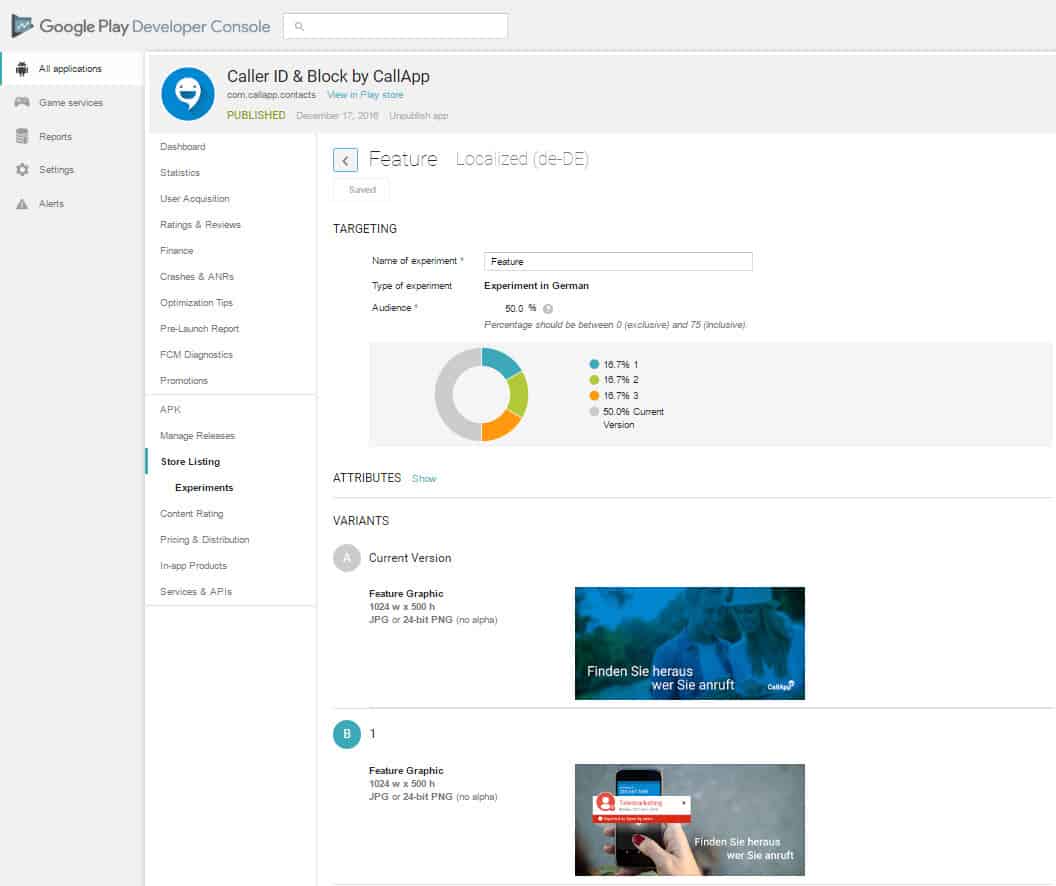 What we can test:

All the tests are undertaken on the live version of the APP and the tests and the results can be monitored on the Google Play developer console, which allows you to test each of the elements as well as their impact on different language audience. There are more parameters that influence the user decision of whether to download the App or not but they cannot be tested without releasing a  new version.

During the second quarter of 2016, we undertook about 60 tests in the store in an effort to tackle and analyze each of the elements. Eventually, we applied 20% of the experiments to our app’s store listing on Google Play. 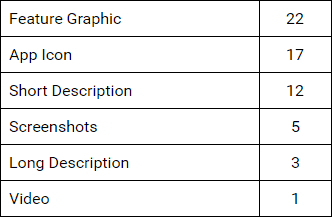 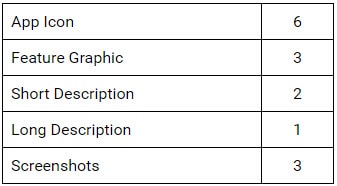 Test Case – App icon (the icon shown on the store, this is not necessarily the icon that users get on their device after they install the app)

We tested more than 20 App icons variations. Users were able to view the icon in two places:

App Icon tests are a very sensitive issue as they have far reaching consequences. Any changes made will have to be reflected in the company’s marketing materials and will impact the company’s overall branding efforts. Therefore we decided that any changes we made were to be minor changes to minimize the impact on our brand.

With that said, here was the agenda for the App Icon tests:

This is the original icon with which we started with in the store.

This didn’t go down well!

Results: This received a positive response and the new icon was applied to the product version

This did not go down well either!

This didn’t work either.

Nope! That was not a hit with our users.

No! That idea did not work.

We had a clear winner! The results showed an overwhelmingly positive response.

What was missing? Possibility to perform an experiment by country and not just by language is essential because optimization and localization should be by country. For example,

Spanish or French is spoken in dozens of countries, with different cultural and geo.

Two useful practices about running experiments are testing one thing at a time and conducting hypothesis-based testing. Google provides you with great tools, but don’t forget the methodology as even A/B testing can be misleading, especially if you don’t follow the rules.

What are the best features on CallApp Caller ID & Block

CallApp has a lot of cool features which can make your mobile pho ... Read More ›

How to Block Unknown Callers on Your Android Phone

Do you have an Android phone? Are you getting spam calls on a dai ... Read More ›

Handing Your Privacy Back to You with Incognito Mode

Have an important private meeting with a business associate? Or s ... Read More ›

Relieve The Memories At Every Ring With Personalized Video Ringtones

At CallApp, our number one goal is to provide our users with the ... Read More ›

An experience everyone undoubtedly dreads is getting a call from ... Read More ›

How Can I Know Who Is Calling Me?﻿

Who Called Me? The first question that comes to our mind when we ... Read More ›
Message has sent
Thank you,
We received your message, and someone will return to you as soon as possible
CLOSE